Happy Hump Day, my friends!!!! There are few things in life that I love more than good conversation about marketing and my favorite franchise of all-time, Star Wars. My blog post from May 4th…. Marketing Lessons from a Galaxy Far, Far Away…. was an attempt to show how Lucasfilms and George Lucas took a simple Sci-Fi movie and turned it into a marketing and cultural empire. I could probably devote an entire year of blog posts writing about the SW universe and the wonderful nuances it offers (I promise I won’t do that to you!!!! 🙂  ).

As this is a marketing blog, I noticed something interesting this Summer in discussing the post-Disney SW universe with friends both online and offline. What I discovered is a question I have struggled with and the question – Is the Star Wars brand image in crisis?

Let’s start out pre-Disney buy out in 2012 and examine the brand image. You had the Original Trilogy, the Prequels, Clone Wars series and of course, the Extended Universe novels. The master himself, George Lucas, was in charge and there was a continuity in the brand image. Fans could trust that no matter what media format a story was told in – there would be the Eastern Philosophy driven concept of the Force, Jedi/Sith in a Yin-Yang battle to define what the Force really means and of course, Inter-galactic Civil War, underscored by the debate of democracy (the Rebellion) vs dictatorship (the Empire) as the ultimate form of government. Story arcs followed a certain pattern and overall, the brand was loved and trusted by all fans – young and old. 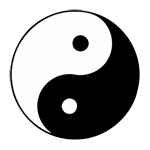 The rift in the fan base seemed to have started post the Disney purchase of the franchise and the introduction of Kathleen Kennedy as head of Lucasfilm. Episode 7 was met with mostly positive reviews and was a nice homage to Episode 4. This was followed with Rogue 1 – which all fans seemed to enjoy.

As anticipation grew for Episode 8, off the success of the first two Disney films, fans waited to see if the new film would deliver. On December 15th, 2017, Rian Johnson gave us The Last Jedi – the most divisive film in the franchsise’s history.  Why the most divisive? Well, that can be summed up best by Kylo Ren…. “The Empire, your parents, the Resistance, the Sith, the Jedi… let the past die. Kill it, if you have to. That’s the only way to become what you are meant to be.” Essentially, this was the point of TLJ – to let the pre-Disney past die and evolve into what the “modern” Star Wars brand should be. I’m not going into detail about how it kills the past, but rest assured it does a good job of it.

Fan reaction has been split down the middle with younger fans embracing this new approach to how the franchise wants to brand itself – while older fans have been vocal about maintaining a connection to the past, while introducing new ways to update the brand. I think we can all agree the underwhelming box office numbers for “Solo – A Star Wars Story” bear out that the approach Disney has taken is not working and causing a brand image crisis.

So, now I get to my marketing/branding point – I feel like my beloved franchise has a branding image problem and a market segmentation problem.

Let’s start with the branding issue – when a corporation purchases a business/franchise, it is due to the success the business has had and projected future earnings that can be attained via the purchase. Disney knew this when the purchased arguably the most successful movie/media franchise ever created in 2012. Of course, the new ownership will put their own spin on the franchise, once it is their property – but there is much wisdom in the old adage, if it ain’t broke, don’t fix it.

In the opinion of this blogger, Disney has gone a bridge too far in trying to update the Star Wars franchise for the millennial and  post-millennial generation. In their attempt to make it hip and relevant for younger consumers, they have lost much of the heart and philosophical underpinnings that made the franchise great. Two quick examples to show my point:

1) Their treatment of the Force has made it seem more like a parlor trick and less of an… “energy field created by all living things. It surrounds us and penetrates us, it binds the galaxy together.” Specifically, the way Rey, with no training or knowledge of the Force or Jedi Order, has Anakin’s light saber call to her or how she is the most powerful Jedi/Force user without any real reason for it.

2) The treatment of Original Trilogy characters is a bit flippant (almost like killing the past). Han Solo is shown as a dead beat dad who leaves Leia, after Ren turns. And eventually, he is killed off at the end of Episode 7. Luke Skywalker, the hero of the franchise, is shown to be an old curmudgeon, living in isolation and turned his back on the Jedi and the Force itself. He refuses to train Rey and in the end, thru some parlor Force trick, crosses space and time to sacrifice himself to save Leia and the Resistance. These characters are Star Wars – what the brand was built on and the Disney execs treat them like things that need to be disposed of, so the new brand image can be pushed forward.

The two examples above are ways that a corporation mistakenly tries to put their own image on a franchise with a legendary brand image – and causes a rift in the fan base (who also happen to be their best customers).

The Marketing Segmentation issue is evident into how the fan base has split. Most fans in their late 30’s and older prefer the older movies and pre-Disney material. Fans who are under 35 are more supportive of the newer post-Disney material.

As a marketer, both groups need to be serviced as they are both valuable customers and sources of potential profit.  The interesting thing is there is synergy between these two segments – the older generation are the parents of the younger fans. So, it would make sense to introduce change, while retaining some of the original successful brand image that was purchased. As it is the parents who control the purse strings and are paying for tickets and buying the toys – their opinion and wishes matter, just as much as the newer fan base that is being cultivated.

In closing, I think that post-Disney Star Wars is in a bit of a transition period. They would be best served remembering why they bought the franchise (the successful brand image George Lucas cultivated for over 40 years). Additionally, they need to make better decisions with directors, actors and story arcs – so the fans of all ages can once again embrace this amazing franchise and restore it to it’s former greatness,

2 decades of marketing experience that translate into Marketing Insights. View all posts by bedfordst